Posted on Friday, February 19, 2016
I'm at an awkward stage for all of my projects, where I'm not quite done with some of them, and not quite started enough on others to start doing write-ups. It's weird to spend an average day working on several things, and not really feel like you made much progress or have anything to show for the work, yet actually have things accomplished.

My ongoing work on various 3D printers continues. I finished building my Wilson TS RepRap printer and brought it home to my printing fleet. I also have more or less finished Freeside Atlanta's Wilson known as "The Kraken" and it should be printing soon as well. I'll be writing up a build log and review of the Wilson once I have both of them in fully working order. 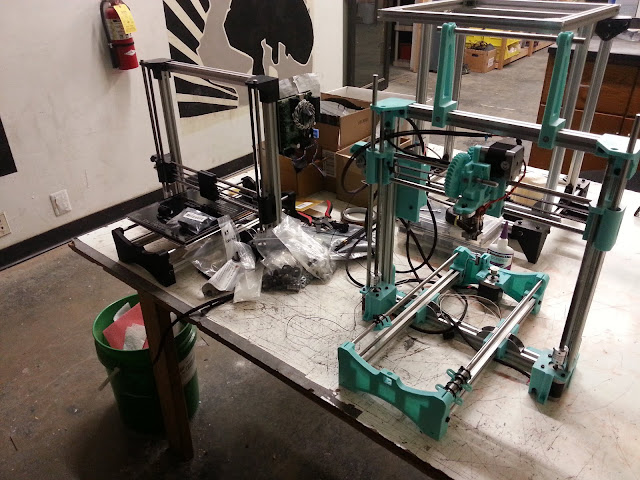 I've also been tinkering with Freeside's LulzBot AO-100 (and by extension, my personal LulzBot AO-101) to work out some problems it's having. That machine is really old and has had a lot of wear on it over the years, so I've had to really show it some love. 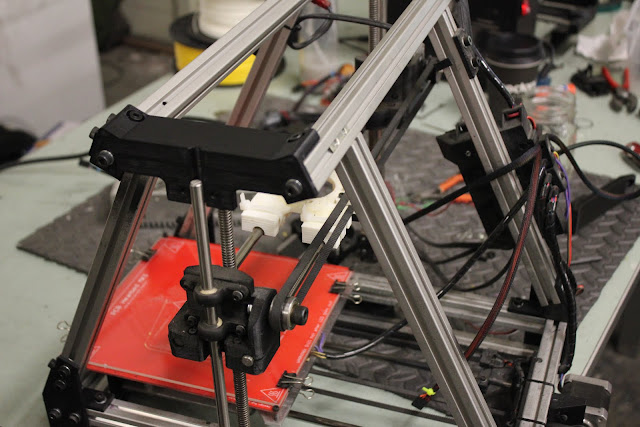 In actual prop news, I have a handful of space guns in the works.

A few months ago I decided to start making the Quake 2 Blaster that I've had an idea to make in the back of my mind forever. I have it cast up and ready to start painting, so this should be done very soon and I'll be posting a build log. 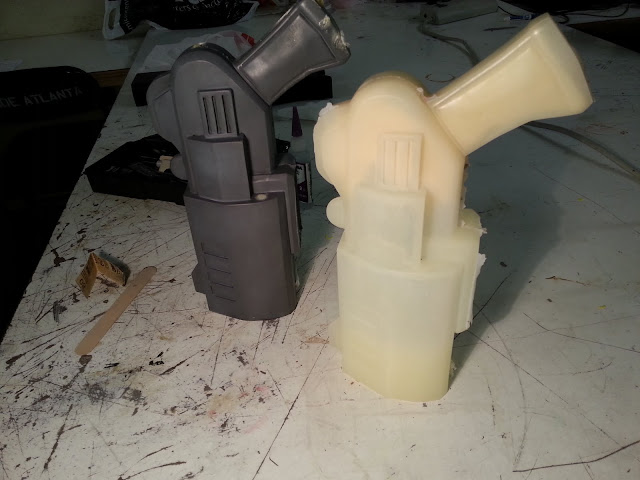 Speaking of side projects, I've been teaching Elliott about prop and costume building, and we picked a project to learn things on. We're building a set of Marine armor from the game Natural Selection 2, and we've been 3D printing the rifle and the pistol. 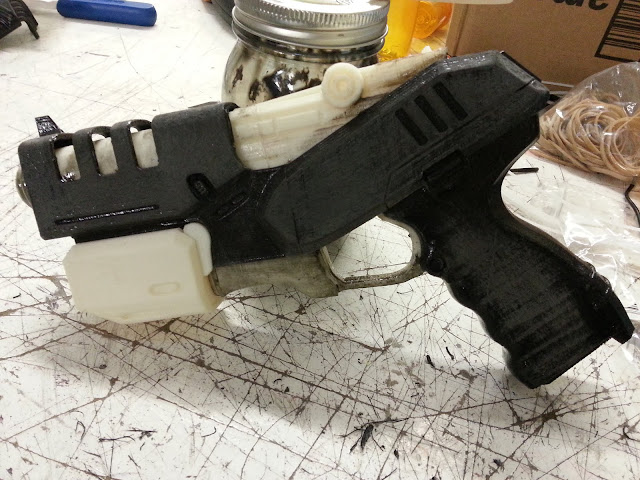 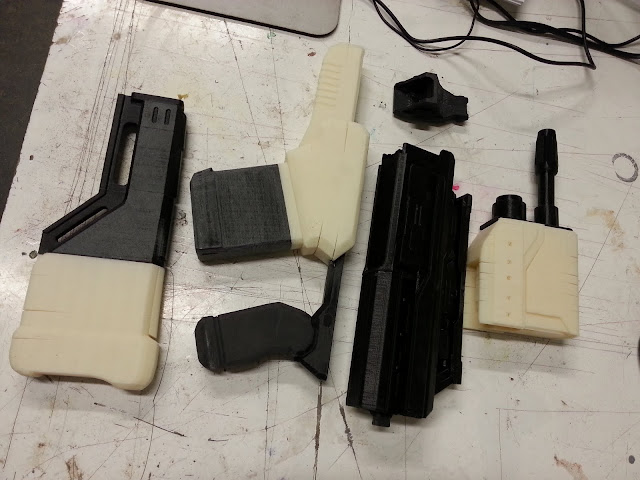 As if I didn't have enough space gun projects, I printed out the Federation laser rifle from Rick & Morty. Right now it's had a first pass of primer, so there's a lot of work left on this one. 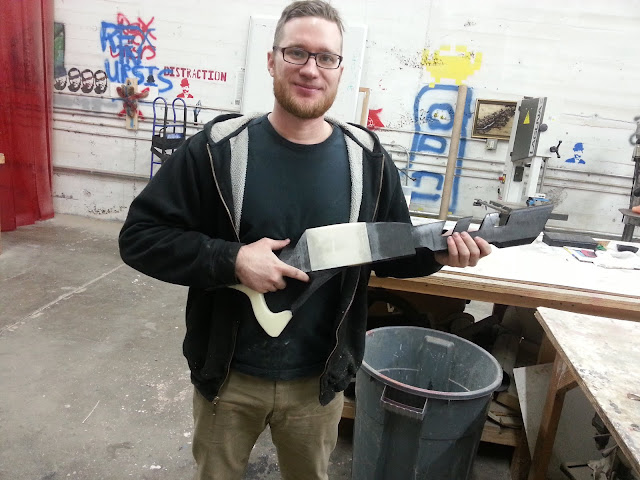 The main event this year though is the T-60 Power Armor from Fallout 4. A couple weeks ago, Mike Vrogy came up to the space and helped Elliott and I build the stilts. We're starting 3D printing and CNC production on the rest of the armor, but that's going to be a much bigger write up! 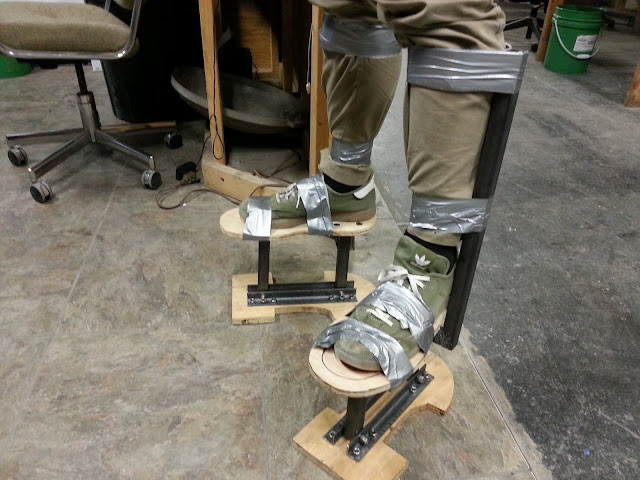 That's all for now, keep an eye for more write ups soon.